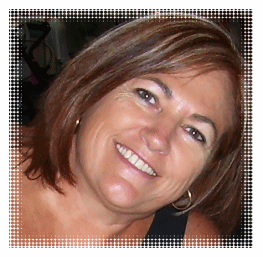 I am wrting this blog as it is long overdue. My health has deteriorated lately and I feel I must tell my story, in case I don’t make it. I will tell my story backwards. I have recently found my faith and in a dream the angels told me that I must tell my story or I will never find peace.
Mostly this blog is to deal with issues that have surfaced as a direct result of abuse I received, both physical and emotional from Michael Banak, a male who lived next door to me and abused substances and alcohol and whom I foolishly let into my life.
I will first tell my story and then in later posts detail the road to recovery. Apart from the financial loss I incurred due to dealings with Michael Banak, there is the issue of weight gain. My research has shown that to deal with weight loss one must first address what is on the inside (ie emotions) and then what is on the outside (excess weight).
I have no choice but to write this blog. Michael Banak hurt me physically and emotionally, next time who knows what he could do to another woman.
##
Recently I have been receiving some disturbing emails and am the subject of internet stalking. I have already gone to the police and made a statement and handed over the emails. The two below are emails I have been receiving from a party who is alleging to be Ms Lines.
I will provide you with a very brief summary of events and as to why I have reasonable cause to suspect the people I do.
The two below are what I have been receiving.
Hence, there are two possibilities, both worrying.
1. They are coming from N Lines
2. Someone impersonating her
From: nev lines
Date: Sun, Nov 14, 2010 at 4:34 PM
Subject: surprise
To:
Hello
Are you the fat Greek woman(??) who is on the invalid pension?
I think you are and there is big surprise coming your way very soon!!
From: nev lines
Date: Mon, Nov 22, 2010 at 10:19 PM
Subject:
Yes, I have something you might want to put in your blog. It goes like this:
There was a grotesque, fat, psychotic Greek woman who rented rooms in other peoples houses.
She farted and belched a lot. Her bras were big enough to harness a horse and her underwear and dresses looked they were made by an elephant accoutrement specialist.
She was never welcome in the houses she went into. She was unlikeable, unwanted and a social misfit. How long it has been since anyone wanted to touch her body or kiss her is anyone’s guess. She took her hatred and bitterness out on the whole world.
Two can play at your game you great buffoon.
Sound familiar???
Subsequently I have been receiving numerous emails from a Jon Davis International Network of Engineers (INE) who alleges that Ms Nicola Lines was conducting an illicit affair which he blames Michael Banak as being the instigator of the affair and the alcohol culture at Crone Partners Architectural Studios. I have highly distressed by these emails and find them intimidating. I am not the one alleging Ms Lines' conduct, it is in fact Mr Jon Davis, who alleges he is Ms Lines' fiance.


Posted by realitycheck4michaelbanak at 9:13 PM 0 comments

Posted by realitycheck4michaelbanak at 4:40 AM 0 comments

This blog will outline the experience I was subjected to by Michael Banak, Sydney architect and his accomplices. If you would like to contribute to the blog and share your experiences with Michael Banak, goes by the name of 'brubble' on RSVP please contact sydneyperson1234@gmail.com.
Posted by realitycheck4michaelbanak at 4:19 PM 0 comments